Our Take On Tajikistan: Fragile Economy And Vulnerable Currency 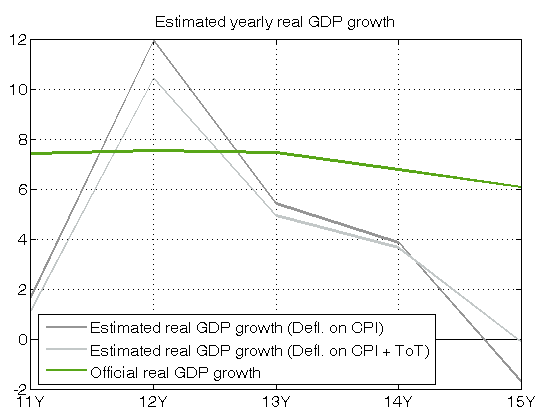 Tajikistan’s request for an IMF credit facility speaks louder about the peculiar state of the country’s economy than official data releases can. This helps underpin our growing opinion that the country is sliding into recession in spite of the rosy picture the local statistical data paints. Recent official real data shows over 6 percent growth for last year. The country has seen better days with a growth rate around 8 percent driven by high export prices.

Although involvement of Chinese investment in the country is prominent, the contagious effect of Russian slump still dominates the presence of Chinese FDI. Accounting for almost half of GDP, remittance revenues is the main transmission channel as the bulk of those private transfers are rooted to Russia. Empirical studies pointed out that the magnitude of the spill-over effect is quite significant as 1 percent contraction in Russian growth is associated with a decrease of a similar magnitude in the Tajik economy. Considering the recent contraction in Russia, there is reason to believe that Tajikistan will linger in low growth territory. Favorable official statistics most probably indicate some manipulation of price deflators to push real GDP growth. Going forward, anticipating Russian turmoil to prevail, Tajikistan is bound to share the misfortune as remittance revenues will be weak in near future. Consequently, growth is only expected around 4 percent on medium term.

Apart from the strong dependence on remittances, Tajikistan’s external position is fragile. Keeping the currency artificially overvalued by employing administrative measures on the FX market, the misalignment prevents the trade balance from correcting. The need for adjustment in the exchange rate is imminent as the central bank does not have the appropriate level of reserves to keep up intervening with their foreign reserves dropping well below the IMF recommendation.

The political situation brings further uncertainty in the future. The country experienced a five-year civil war in the mid-nineties, has never seen a fair election ever since and shares border with Taliban terrorist groups. The discontent stemming from poverty can lead to renewed conflicts in the country. Camouflaging of the economic downturn would, in case of a conflict, not be enough to purge out discontent stemming from shrinking real income of households.

To what extent can a country rely extensively on Chinese investment? It seems that Tajikistan’s future boils down to the question whether Chinese will intend to invest there. Their relationship has been tightened considerably it the last few years. Tajikistan’s GDP is less than 0.1% of Chinese GDP, thus FDI inflows from China can make a significant difference even if those projects are small from the Chinese perspective. As China’s economy is slowing, the imbursement of their investments is also something to worry about.