Our Take On Mongolia: Sharp Slowdown And Uncertainty 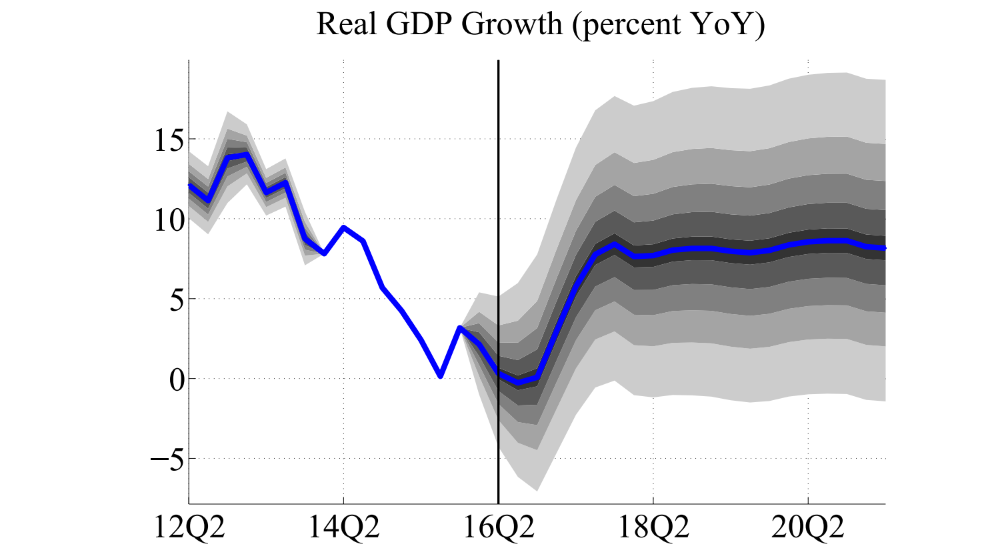 Domestic factors are exacerbating the problems caused by the global slump. Erratic changes in mining policies and unpredictable turns in the treatment of private foreign investment have caused business activity to be low in the last two years even though Mongolia’s mineral wealth is deemed the most promising in the world. The country failed to fully exploit its resources even before the commodity boom ended.

Unfavorable global market conditions coupled with lackluster FDI leaves the commodity-dependent economy weak this year. Real growth is expected to hover around 0.5%, with limited fiscal space to support the economy. 2017 may bring a turning point and see growth back at around 6.2%. First, among several long-debated mining projects, the Oyu Tolgoi extension project has moved forward with the signing of an agreement in May 2015 and a USD 4.8 billion project finance facility in December 2015. This represents a large investment in relation to total Mongolian GDP of around USD 12 billion. The first disbursement of the Oyu Tolgoi mine extension will drive real growth, and a gradual rebound in commodity prices will support the export sector.

Refinancing tensions have eased since the beginning of this year, when a political scandal saw yields on FX bonds maturing in 2018 soaring to around 13.7%. Mongolia took advantage of the rebound and tapped into the international bond market, although it renewed its debt at a significantly higher yield of around 11% as opposed to around 4% when it issued the bonds in 2012.

Around 60% of the maturing debt has already been covered by new debt issuance. Nonetheless, the elevated risk premium is expected to prevail until the confidence of foreign investors is restored. The chances of an improvement in this respect are low, as the outcome of the upcoming parliamentary elections is broadly perceived to add uncertainty to the investment climate.

Nevertheless, only a gradual weakening of the exchange rate is foreseen to offset the inflationary differences with respect to Mongolia’s main trading partners, as the current level is in line with fundamentals and no further re-adjustment is needed as far as the current account balance is concerned. However, this requires a gradual tightening of the policy rate in 2016H2, as the current stance is deemed to be too loose in light of the high risk premium and looming inflationary pressures from bad weather.

The occurrence of the dzud in this winter season resulted in food inflation sinking to an all-time low. However, the trend is already reversing, as markets are reportedly in short supply of meat products. Inflation is expected to pick up pace again more broadly, as there is likely to be some spillover from food market prices to non-food inflation components. Furthermore, the demand generated by the OT-2 project will fuel inflation, which is expected to surge to around 7% again.

The significance of politics should not be played down. Parliamentary elections are due to take place in June, and the issue of national ownership of mineral wealth is expected to dominate the campaign. Resource nationalism questioning foreign investors’ position in the country poses a significant threat to the baseline scenario. On a positive note, a faster recovery of commodity prices and of the Chinese economy could help Mongolia stabilize more easily.