Our Take On Ghana's Debt Sustainability 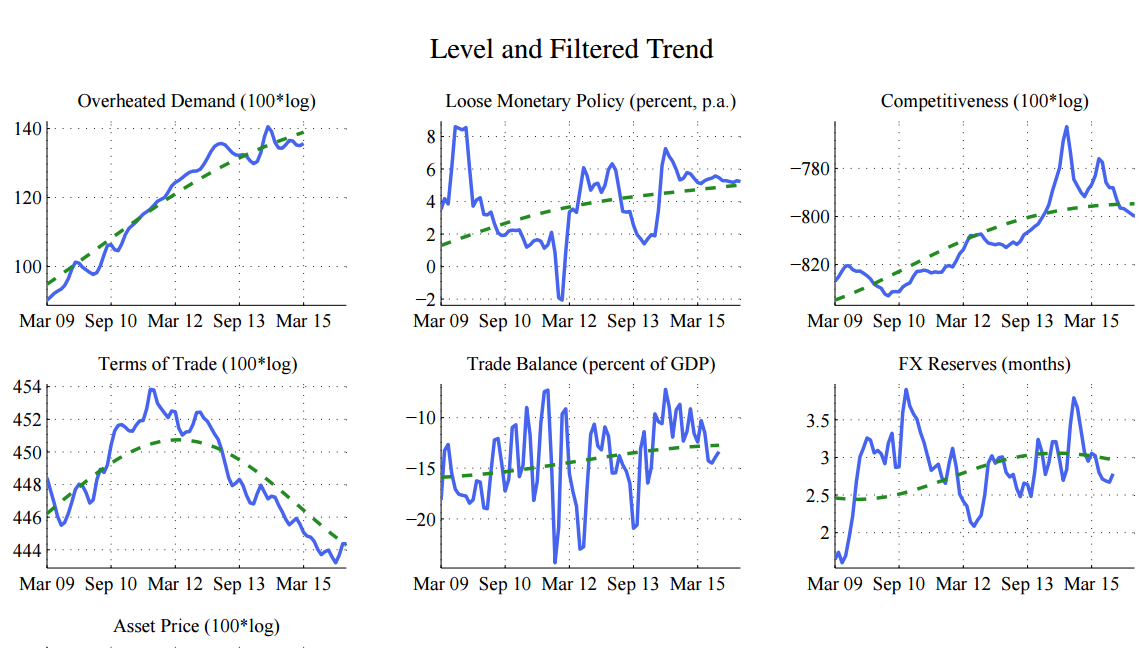 We have received several questions from clients regarding Ghana’s debt sustainability, so we would like to address their concerns with our following arguments. We at OGResearch still believe that Ghana's debt situation is sustainable, given that the country is adhering to an ongoing IMF program. We believe that in a managed consolidation scenario, there will be enough market appetite to make the debt roll-overs possible on reasonable terms. Still, sovereign risk has increased further, as can be seen from rising yields on traded Eurobonds as well as the much pricier primary issuance last October (a 15Y Eurobond issue of USD 1 billion at a coupon rate of 10.75%).

1) The ongoing implementation of the IMF program will ensure debt sustainability according to the latest calculations. Current efforts are considered satisfactory by the IMF, which says that the government’s fiscal consolidation efforts are on track. However, political risks may threaten the consolidation (see the first bullet in the next section).

2) A recently improved debt management strategy, as well as fiscal revenue enhancement measures, should support these efforts in the medium term.

3) Local authorities also see some upside risks, as they believe that the potential for higher hydrocarbon production, including gas production coming on stream in the next few years, will boost government revenues.

1) Political risk: It is worth noting that the IMF program has quite an ambitious consolidation plan, which includes reducing real wages, strict payrolls, limited hiring, and various tax measures. Since general elections – for both a president and members of parliament – are due in November, there may be a strong political incentive to ease later this year. Ghana is a country where election-related fiscal cycles are very apparent.

2) Roll-over, cost, and FX risks: Ghana’s public debt is high by EM standards and we can see that rising financing costs are making consolidation increasingly difficult. Around half of the debt is below 1Y maturity (the ratio is fluctuating quite a bit), which gives rise to a serious roll-over risk. If rising U.S. interest rates reduce the appetite of international investors (and increase benchmark rates), this could result in continuously higher yields for Ghana. The appetite of local banks for debt may also decrease, hence financing needs might rise to levels that cannot realistically be met. FX risk also plays a key role, as Ghana has ambitiously issued Eurobonds in previous years when financial markets were favorable toward EM assets. Even more problematic is that their principal payments are not distributed smoothly across time, further increasing the roll-over risk in the long term. To add to the debt-related risks, state-owned enterprises have a large amount of USD-denominated debt with banks, as well as USD-denominated arrears associated with their activities. This total could exceed USD 1 billion, according to the IMF.

The economist responsible for this story: Bence András - bence.andras@ogresearch.com