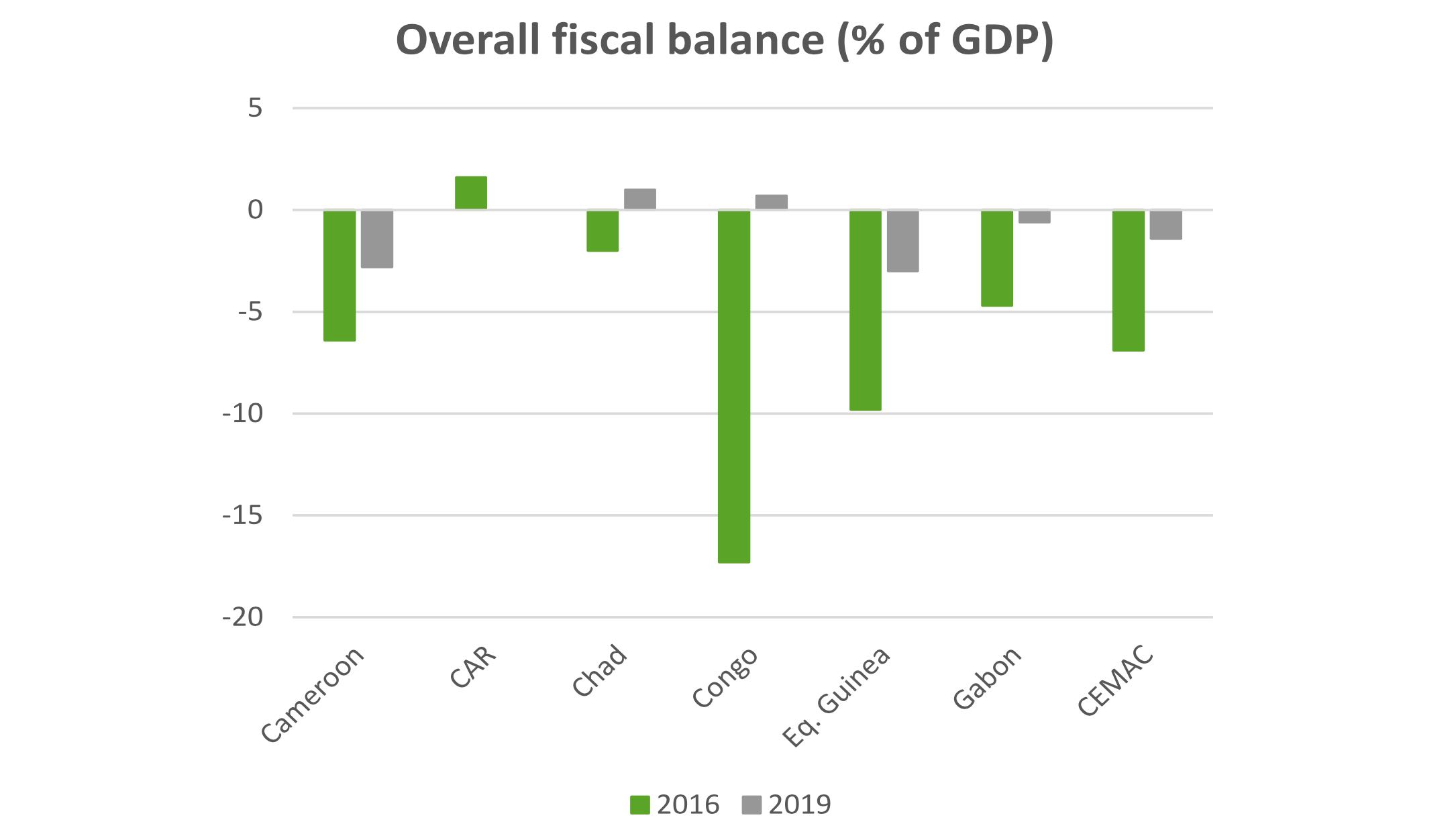 Economic growth based largely on oil production and a lax approach to economic reforms have caused severe economic distress to some central African countries after the fall in oil prices in 2014. This has sparked concerns about a potential devaluation of the West African Franc (XOF) and the Central African Franc (XAF). In this post, we examine the macroeconomic conditions in the West African Economic and Monetary Union (WAEMU, using the XOF) and contrast them with the conditions in the Economic Community of Central African States (CEMAC, using the XAF).

The CEMAC countries are highly dependent on oil exports. Amid the absence of economic reforms, their economic growth has declined to the lowest level of last two decades and external balances have deteriorated markedly in the wake of the 2014 oil price fall, raising pressure on the XAF to potentially devalue. On the other hand, the XOF has remained supported by investment inflows and healthy private consumption. Moreover, low oil prices benefit economic growth of WAEMU countries as they are net oil importers.

The difference in economic fortunes is well reflected in the performance of international reserves. In the XAF region, reserves have fallen by almost 80% compared to the 2014 level, while the XOF zone has rebuilt its reserves after a short period of decline. However, the fixed parity between the two currencies has raised concerns over the sustainability of the exchange rate peg. Among the options discussed was a devaluation in the XAF to restore the external balance, accompanied by either a devaluation of the XOF or an adjustment of the XAF-XOF parity according to the needs of each currency zone.

The CEMAC countries have opted to help restore their external balances and avert a sharp and immediate devaluation through IMF-program-supported fiscal policy tightening and related external support. The new IMF agreements, combined with recovering oil prices, have helped alleviate the pressure on the XAF during last months.

The IMF has extended programs to the governments of Cameroon, Chad, and Gabon earlier this year, while the Republic of Congo and Equatorial Guinea still continue in negotiations. The programs should help the countries buy some time before the effects of economic reforms kick in and fiscal and external balances are restored. The overall size of IMF programs agreed by the three above-mentioned countries reached USD 1.6 billion (or 2.1% of XAF GDP). The XOF countries do not require additional financial assistance as most of them have already been subject to ongoing IMF programs agreed in previous years.

XAF Devaluation To Remain A Concern For Years To Come

Economic reforms pursued by the central African countries will make an additional dent in what has already been weak economic growth performance of the XAF currency block. The scale of the fiscal tightening to balance the block’s economies will need to be enormous. The Republic of Congo is expected to cut its deficits by 18.5% of GDP, and Equatorial Guinea by 16.6% of GDP by 2019. Such large cuts in the public budgets are the reason why the IMF negotiations with both countries still continue.

Successful implementation of the IMF-supported fiscal tightening measures, accompanied by a sufficiently tight monetary policy of the CEMAC central bank, would in our view be enough to avert an XAF devaluation in the short run. That said, international reserves of the XAF countries remain low, making the currency zone susceptible to renewed devaluation concerns in the years to come. Any large external shock, such as a decline in oil prices back to USD 40/barrel, may make a currency devaluation the preferred way to restore the external balance. While the authorities demonstrate strong determination to implement the desired economic reforms, the costs of adjustment may be painful enough to lead them to abandon the reform path, in the case of Republic of Congo and Equatorial Guinea particularly. In that regard, we still see a significant risk of a future XAF devaluation.

Our regular Macro Forecast service covers neither the WAEMU nor the CEMAC. Our analysis is based on the Macro Risk assessment reports for these countries, publicly available macroeconomic data, and our expertise in analyzing the macro environment in similar African countries.

Interested in our Macro Risk assessments for African and tens of other emerging and frontier markets?