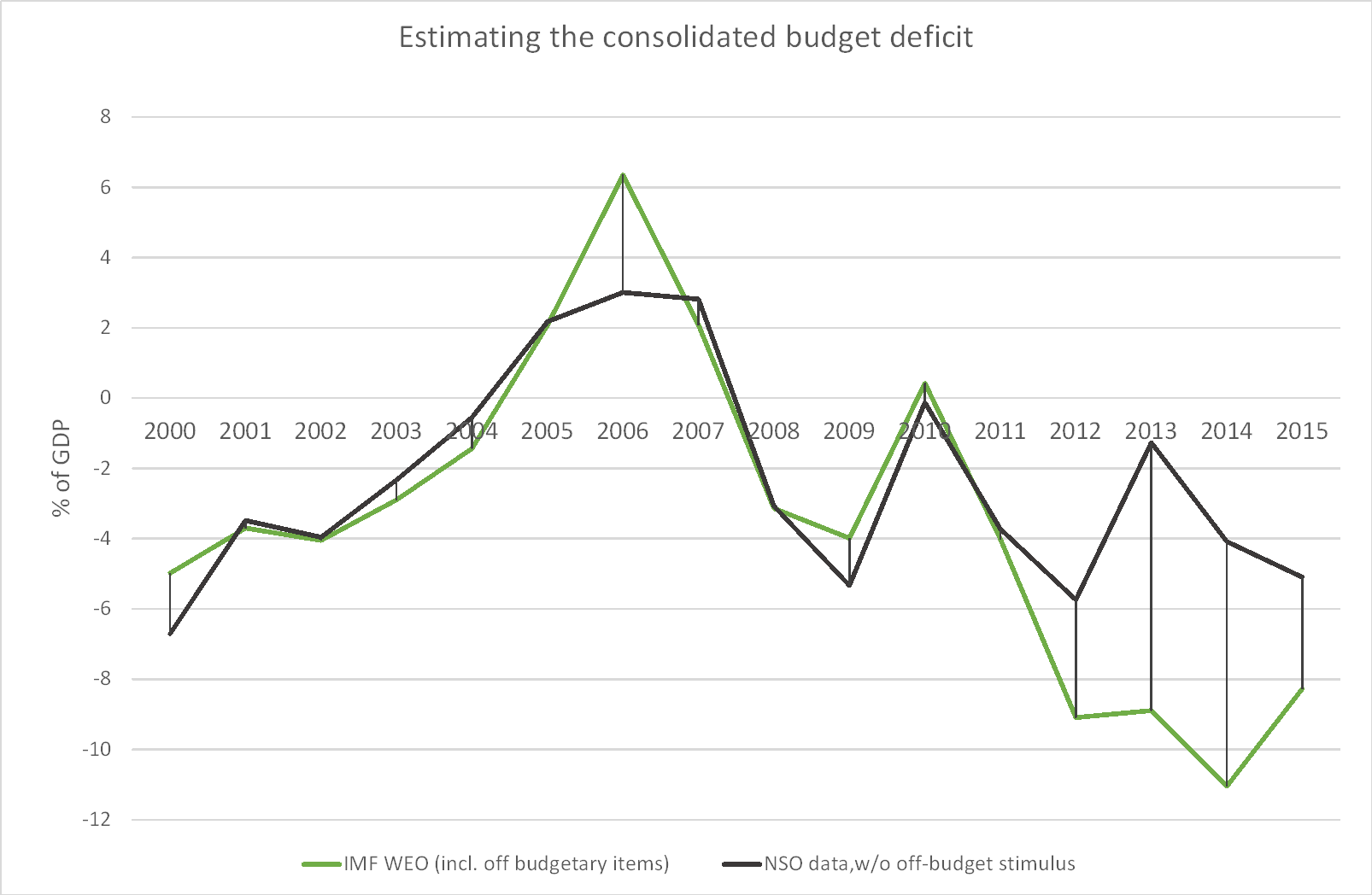 Promise of prosperity and FDI-led boom until early 2010s

Mongolia attracted over US$ 14 billion foreign direct investment between 1990 and 2013 (118% of the annual GDP in 2014) concentrated entirely in the mining industry. In the midst of a commodity boom, Mongolia eyed to become the third biggest exporter of copper in the world while according to the estimations it possessed a vast resource of gold as well. By around early 2010s, Mongolia turned around its economy to center it around mineral extraction, resulting in the highest real growth at 17% achieved in 2012. Nevertheless, the growth miracle was solely relying on China’s once thought-to-be ever growing appetite of commodities and the related FDI investments in mining industry.

The political disputes mainly concerned with ownership, management issues and in broader sense the socio-economic challenges left many mining projects in vain. By the time the first phase of Oyu Tolgoi, the largest-scale open-pit mine, was completed in 2013, the government and the majority owner, Rio Tinto’s relationship was anything but friendly and no one could have guessed if the second phase would happen in the foreseeable future. The policy failure in this case had broad-based consequences as it has signalled political risks and instability for the international investment circles.

Short-sightedness of the policy actors was not only limited to the erratic changes of the mining investment strategy but lacking a deeper oversight of the commodity cycle as well. Amid a slowdown of the demand of China, Mongolia tapped international money markets in 2012 with the debut of US$1.5 billion worth of Chinggis bonds, far more than what was anticipated. To combat the adverse commodity effects, government stepped in to provide stimulus by means of both monetary and fiscal measures. These latter included both on-budget and off-budget spending which has seen consolidated budget deficit surging up to around 10% by 2014.

Thus, by the time the commodity bust came, main projects were halted and chances to reincarnate were low, while the total public debt reached the 76.5% of GDP by end of 2014, indicating high debt distress situation.

Elections in June gave a surprisingly convincing mandate to MPP, the former opposition party which has earned 85% of seats in the Parliament. The newly formed government was regarded to have legislative power to address the policy failures at last. Phase 2 Oyu Tolgoi (OT-2) investment was already secured by the incumbent government in December 2015, which was hoped to give a jumpstart to the economy as early as in the second half of 2016.  It could have been considered as an encouraging sign when the former Finance Minister who secured the new OT-2 deal was appointed as Prime Minister.

The new government soon announced to have inherited a precarious fiscal situation which will likely result in a 21% deficit in 2016 without changing the spending patterns. It turned out that the election year spending spree was mainly conducted off-budget and as such, the budget data did not reflect the real situation until the announcement.

Early consolidation measures aim to curb the deficit back to 18% mainly by putting a rein on the expenses and increasing tax and royalty revenues. In addition, the recently announced medium term plan focuses on mining dependent key projects. In accordance with a more prudent macroeconomic management, instead of trying to stabilize the exchange rate by heavy interventions, the Bank of Mongolia (BoM) embraced a tighter policy stance by hiking the base rate by 450 bps. This seems reasonable given the low level of reserves and concerns over the looming repayment of the Chinese swap line in 2017.

Main challenge for Mongolia is to restore fiscal sustainability

The first and foremost challenge to address is to restore fiscal sustainability. Although the Government seems to have taken steps in the right direction, nevertheless the measures announced so far likely fall short of stabilizing debt. This corroborated the view of market that IMF deal is inevitable to avoid default. The government ready to go along that path as it requested an emergency assistance September 30.

While a great deal of uncertainty regarding the political agenda has vanished, there can still be skeletons to be found in the closet. The subsidized mortgage program, loosened in pre-election campaign to offer a subsidized rate of 5% interest is still to appear in the budget documents, as those had been transferred from the Central Bank to the government in March. In the heyday of the program it had seen a swift expansion of the credit injected by Mongolbank to commercial sector at sub-market rates. To the date, it remains unclear how the new government plans to finance the continuance and whether or not the mortgage program will become part of the budget.

Growth momentum has faltered in first half of the year in spite of the pre-election overspending. Going forward, restrained fiscal spending  and limited room for monetary stimulus are assuming an ongoing drag on growth, while stimulus will be provided only by the construction of OT-2 adding a close to 8% GDP investment in the next years. Thus, IMF deal will be a key insurance as any delay in the project or a step-back in fiscal responsibility could prove to be detrimental for the country in the current situation.

The economist responsible for this story: Reka Sulyok